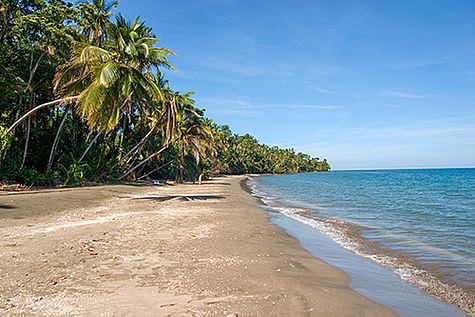 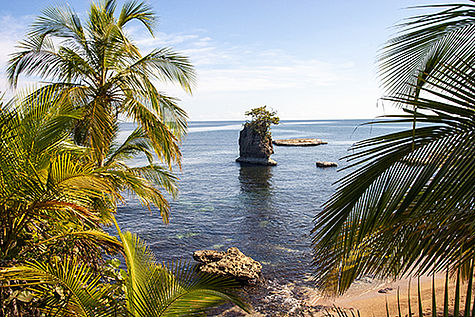 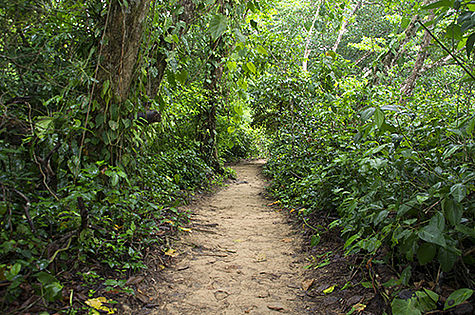 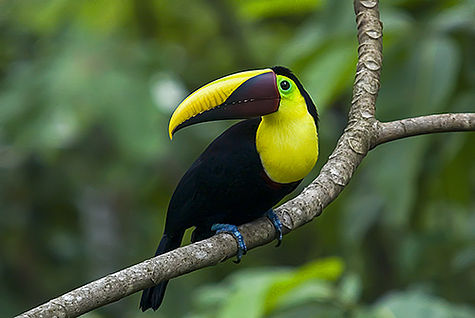 A region that has beautiful beaches bordered by dense vegetation and in some cases, gilded with complex coral formations of great importance for the balance of the marine ecosystem. Spectacular diving sites.

It extends from the south of the city of Limón to the Sixaola River, southward, which forms a natural border with Panama and westward to the eastern base of the Cordillera de Talamanca, a mountainous region, with rich biodiversity, with a wide network of rivers and forests of impressive heights, reaching up to 50 meters.  To the east its natural boundary is the Caribbean Sea, endowed with a coastline of great beauty.

Among its beaches of crystal waters are: the much visited Viscaya Beach where the mouth of the Viscaya River is located, which is ideal for swimming; Playa Negra  in Cahuita, with dark colored sand and scenic beauty.

Continuing the tour along this straight coastline you will reach the Cahuita National Park, a beautiful area that protects not only the terrestrial flora and fauna but also its unique marine ecosystems. Here lies Playa Blanca, of great scenic beauty; Punta Cahuita, surrounded by the most important coral reef of the Costa Rican Atlantic, with an area of 600 hectares, about 500 meters from the coastline; Puerto Vargas, calm waters whose waves become strong near the mouth of the Carbon River.

Heading south, between the Carbon River and the Gandoca-Manzanillo Wildlife Refuge, we find the town of Puerto Viejo and Cahuita, further to the south, with a cultural mix with more than 50 nationalities.  Westphalia and Penhurst, on the other hand, are quiet towns with a strong presence of Afro-Caribbean culture.

Along the coastline, the beautiful beaches of Playa Negra (Puerto Viejo), with black sand and Playa Cocles with white sand, home to a small coral reef abundant in marine life.

Near the end of the Caribbean coastline are the beaches of Manzanillo and Gandoca , which are part of the Gandoca Manzanillo National Wildlife Refuge. Here there are several reef points jutting out from the surface and the surf is gentle.

The Gandoca Lagoon is another attractive natural site that is fed by the gentle Mata Limón creek with the Gandoca Wetland produced by the overflow of the Sixaola River where a great variety of aquatic birds seek their food.

Towards the Talamanca Mountain Range, the indigenous Bribri population that inhabits this region has witnessed for centuries the changes that the South Caribbean has undergone and remains faithful to their traditions by making a great variety of traditional handicrafts as an economic support and as a tool for recreation and cultural preservation.

Also as an example of sustainable development is the Keköldi Indigenous Reserve, which is part of the Talamanca Ecotourism Network as it has environmental projects, a world-renowned bird of prey observation platform and a green iguana hatchery.

The Talamanca Mountain Range is made up of the La Amistad Biosphere Reserve, a large territory that protects more than 40 species of mammals, such as the jaguar and the tapir, as well as an abundance of birds and amphibians. This imposing territory has the highest peaks in Costa Rica and concentrates the largest number of protected areas and indigenous reserves, among which are the Tayni Indigenous Reserve, the Chirripó Indigenous Reserve, the Talamanca Bribri Indigenous Reserve and the Hitöy Cerere Biological Reserve, whose name comes from the Bribrí language, which means green mantle and clear waters due to its dense vegetation of high forest (up to 50 meters) and rivers that form waterfalls of breathtaking beauty.