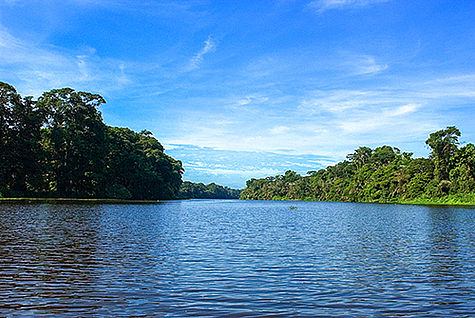 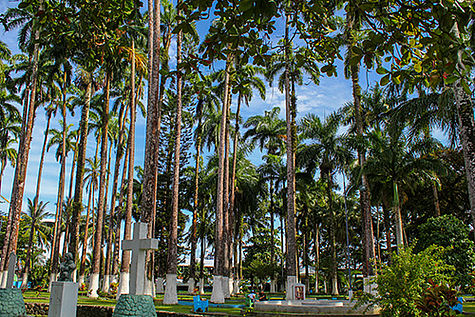 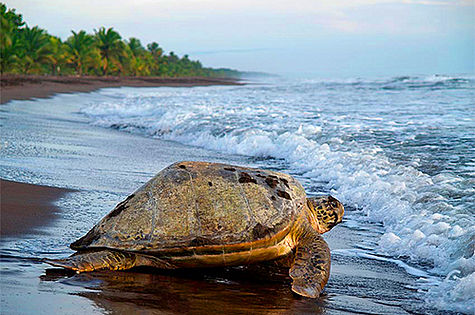 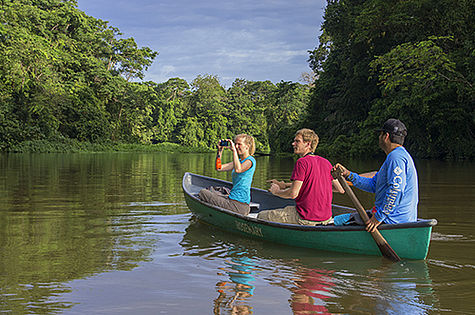 The North Caribbean includes the northern territory of the province of Limón, from the banks of the San Juan River on the border with Nicaragua, to the city of Limón, and from the coast of the Caribbean Sea to the base of the Central Volcanic Mountain Range and the Talamanca Mountain Range.

This area is mostly a beautiful coastal zone with lush vegetation and mangroves, abundant rivers and a great variety of wildlife such as monkeys, jaguars, more than 300 species of birds and exotic poison dart frogs such as the red toad.

Among its attractions is an impressive floodplain, the famous protected area of Barra del Colorado and above all one of the most beautiful natural treasures on the planet: the Tortuguero canals , with deltas and calm rivers, with 11 different habitats. When touring the canals by boat, you may encounter some of its 7 species of river turtles, habitat of a great variety of freshwater fish and refuge of the manatee, an endangered species.

The coasts of Tortuguero Park are visited every year by the Green, Leatherback, Loggerhead and Hawksbill  turtles to lay their eggs from April to October. These arrivals are monitored by park rangers supported by the community.  Participate in night tours to observe them in their breeding cycle and witness a unique experience.

To access Barra del Colorado and Tortuguero there are several small plane flights departing from San Jose and arriving at the airstrips located in these quiet communities. It is also possible to access these locations by boats that travel along the canals, which depart from where the road ends in the town of Cariari or from Puerto Moín.

Among the most important rivers of this humid region are: the navigable Colorado River, internationally renowned for tarpon and snook sport fishing; the Toro Amarillo River, which due to its large flow is used for electricity generation; the Parismina and the Tortuguero, important waterways for river transit; and the Pacuare, a world renowned river for class III and IV rafting.   The Tortuguero, the Colorado, and the Reventazón, with more than 152 km, served as settlements for indigenous populations and colonizers.

The Caribbean coast is straight, lacking bays or gulfs, with a strong swell, Playa Portete and Playa Bonita are visited by surfers from all over the world. In front of these, it is possible to enjoy a panoramic view of the beautiful Isla de los Pájaros.

To the south is the city of Limón, head of the province of Limón and main port (commercial and tourist) to the Caribbean Sea.

Puerto Limón is the cradle of Costa Rica's Afro-Caribbean culture, whose identity was influenced by workers from Haiti and Curaçao who worked in the construction of the railroad and banana plantations. This wonderful mixture of ethnic groups has made great contributions to the Costa Rican identity in gastronomy, combining and introducing a wide range of flavors, and in music in all its forms, influencing many areas of our culture.

In its older area, you can admire architecture of great patrimonial and cultural importance, such as the Black Star Line  building (1922), used for important community activities. Its hall stands out, the Liberty Hall where the first queen of the civic festivities of Limón was crowned (1949), and the now the popular Carnivals of Limón .

Other places to visit are the Central Market, built in 1941; Pension Costa Rica, one of the main lodgings in the area and the Vargas Park, in honor of Balvanero Vargas Molina, with its dense tropical vegetation. Also the breakwater a structure visited by cruise ship tourists, accompanies the coastline for hundreds of meters up to the Tony Facio Hospital. From here you will be able to see Uvita Island, the place where Christopher Columbus disembarked on his fourth voyage and is always courted by boats going to the Port of Moín or Port of Limón.